Margraves of Valeria is a hand-building worker-placement game set in the fantasy world of Valeria. It’s the fifth stand-alone game in the series and brings the familiar feel of the previous games (with icons, characters, and easy turns) while building on familiar mechanics you’d expect (off-turn bonuses, multi-use cards, and resource-management).

You are a Margrave, a military commander tasked with defending the land of Valeria and building magical Ward Towers at cities.  Knights move around the map at the command of whichever player is in their current location to slay monsters, gain or ship resources,  gather Strength, and recruit Citizens toward main goal of gaining influence over the 4 Guilds: Worker, Soldier, Shadow, and Holy. As you gain influence, you’ll buy your way across thresholds that earn you privilege tiles which give you bonuses to various actions, gain you more resources, or increase your end-game scoring.

Turns are deceptively simple as you play just 1 Citizen card from your hand each turn. However, each Citizen card can be used in four different ways: movement icons in the pennant (top-left), power text (at the bottom), or played face-down to perform one of the two actions on your player board (Recall your cards or Build a Ward Tower). 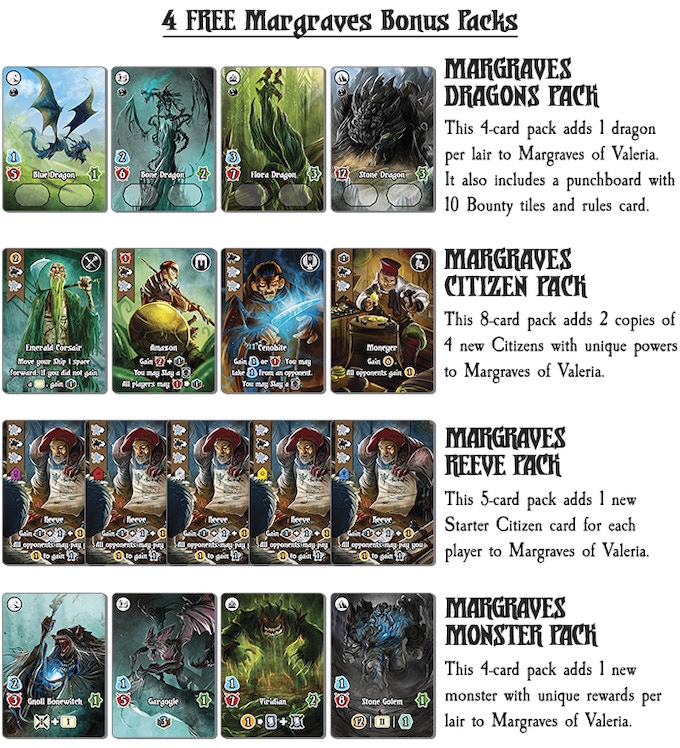