“Ah, the price of power. I have sacrificed more than you will ever know. Do you really think you have what it takes to be in this position? Very well … come with me and I’ll share with you what I have learnt, son.”

Europa Universalis:The Price of Power captures the essence of the award winning Europa Universalis PC game, and once again brings this epic strategy experience back to the tabletop. This is in every sense a true 4X, grand strategy game, cast in a historical setting.

Take your realm from its historical starting position as a medieval European kingdom in 1444, and transform it into a global empire where the sun never sets.

26 years after Philippe Thibaut made the original Europa Universalis board game, it finally returns to the tabletop.

Ryan Schoon from Man vs. Meeple:

The Solo Mode has been created by renowned game designer Dávid Turczi. His previous projects include Anachrony, Dice Settlers and Days of Ire, and he has crafted solo modes for well known games like Teotihuacan, Cerebria and Petrichor.

Included in both the base game and deluxe edition is solo rules booklet, 2 solo bot minicard decks and bots for 4 major power realms.

Graphics and components may differ somewhat from final product. 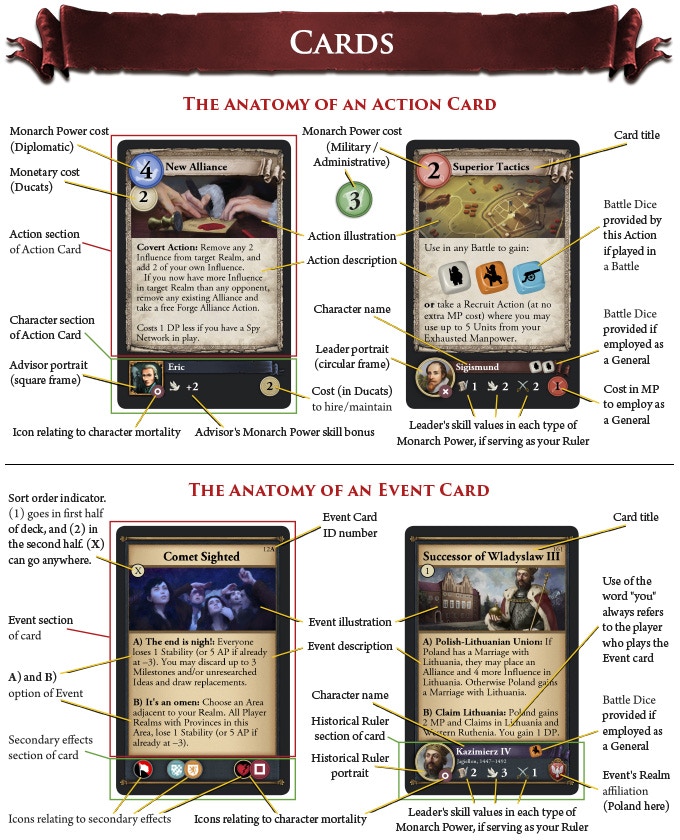