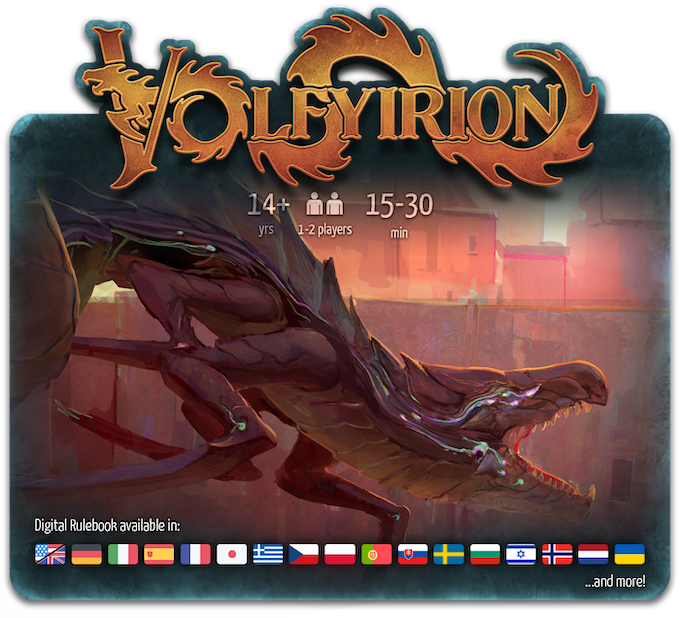 Volfyirion is a fast-paced competitive deck-building card game for two players. Lead your House into war and employ everything you have to destroy your opponent cities while building your defenses.

Beware of the Dragon Volfyirion, a dreadful creature powerful enough to wipe out entire regions. It decided to create its lair in the ruins near your settlements and is now a constant threat to your forces.

Will you be strong enough to bend the dragon’s will and have it unleash its wrath on the battlefield against your enemies?